Homer the Hound Dog's Guide to Happiness: 6 Life Lessons I Learned From My Dog!

My heart goes out to you…. I made the decision to put down a beautiful rescue that had been abused. I worked with his fear aggression and it decreased but it seemed that he was then developing dominance aggression. He had bitten times, when I rescued him. Once just snapped when he was startled out of sleep, caught the skin. Once bit the abusers hand, had to see dr but no stitches and clamped down on coowners had when she was trying to move him from kennel.

Soon after I got him, he snapped, growled and bit me on reflex when I once startled him. Not thinking the person walking him smacked him on his snout trying to get him to release it. Poor dog, he released the object and attacked the person. Understandable…he had been abused and he never should have been touched at all.

I then got a trainer in to evaluate him since I have decades of dog but no experience with abuse or aggression. He turned on the trainer, who as far as I could see was not hurting him…but WAS preventing him from moving away from him. I tried to find someone with experience to take him, and was willing to do what I knew I was capable of doing.

I ended up putting him down. This dog was a perfect angel otherwise.

I am now certain I did the wrong thing, based my decision on fear and I am tormented by guilt and remorse. The pain is really excruciating, I feel like a murderer. He had bitten 3 times, out of fear, snarled and growled warnings many times, and postured growled defensively a few times. This is just awful. Sandy: Please be as kind and gentle to yourself as you would be if someone else told you this story. What would you say to them? That they tried their hardest, and finally did what they thought was best at the time?

That the dog himself would no doubt forgive her? And then, re-read the part about taking care of yourself, because you are grieving and your brain is telling you that you have been badly injured. You have, and you need kindness and comfort and nurturing. Right now your job is to take care of yourself, or find someone to help you do it for you. I will surely bring a deeper level of empathy and compassion for others that go through this. Best to you. We had to put our best friend, Bear down last Tuesday. We had him for eleven years and he was the best dog we had ever had. He went everywhere we went, slept with us, ate with us and was a huge part of our lives.

He was a big Black Lab and he had a wonderful sense of humor and loved to play tricks on us. Wednesday afternoon, after I got off work, I told my husband I needed to get out of our quiet house, as all we had done was sit around and cry. I talked him in to going to a casino and renting a motel room and having dinner with our kids.

When we came home the next day, we decided to try to retrieve his body and it was too late, they had taken it to the county dump the day before.

Pets in this Shelter

Had we asked for it then, we could have had him. I called the dump and they had already buried him and would not dig him up so we could claim his body and bury him at our house. We are both so filled with grief and guilt for treating our faithful friend that way that it is all consuming. Thank you so much for these healing words. We were the 4th rescue family for a very special dog. Her first owners had let her run and she was hit by a car.

Someone turned her into another rescue from which we adopted her from. She was 3yrs old and only weighed 32 lbs 58 lbs is her normal weight now , had demodex and fly strikes on her ears. We nursed her back to health took her for obedience classes and worked very hard to teach her better manners. She jumped the 4 ft. She was food aggressive so we put up gates in our doorways and fed her separately.

She would jump those gates so we put up another set above the other ones. For the first three years we had her things were improving and she was such a happy girl. About a year ago things started getting bad. She started challenging our old boxer girl and would not stop the attack until we physically pulled them apart.

We kept them separated at all times since the attacks were starting to yield blood drawing injuries to our poor old girl. We truly loved this dog but could no longer keep her. We were afraid to put her in rescue again because of her past history and made the gut wrenching decision to put her down. I feel as though we failed her but she will no longer starve, be beaten or be abandoned.

Karen: You did NOT fail your dog. You gave her over 4 wonderful years, moved heaven and earth to try to help her and finally did what you had to do to protect an elderly dog from horrific injury or death.


What matters is how much grace you can muster to buffer the storm. Most importantly, take care of yourself. I hope the pain eases soon, and that those around you are supportive. I had to take our older dog in to the vet today because her eye swelled shut over the last two days. There is a scratch to the inner lid and eyeball. While I was there someone brought in two dogs that had to be put down.

One was torn up to the point you could see her heart. The other one just had a couple of nip marks. God works in mysterious ways. That could have very easily been me with my old girl. Thanks again! I am so glad I found this site. I just put my beloved Wynn down on Thursday. I got him from a rescue shelter when he was 2 years old. It was very clear he had been abused. The first few years were great…then, he bit my neighbors son unprovoked and and broke the skin through jeans.

It was easy to write it off as a fluke. Then he bit another boy as he was coming down the sidewalk. The police were called and it was easy to rationalize that it was just a scrape…. Then he nipped at a girl who was trying to put him in my backyard…. She had simply put her hand to the fence for him to smell and he got her through the fence. He was becoming more and more possessive and then started going to the bathroom in my house.

I have been overcome with guilt and constantly second guess my decision. He was healthy and truly wonderful…. It could have been a child the next time. I battled with this decision for months and I finally came to terms with the fact I had no other option.

I could not, in good faith, re-home him knowing he was a biter.

This website has helped bring me some relief hearing others stories and realizing we are not in control. My heart hurts so badly. I just need to know it was the right decision. In my heart of hearts I know it was right…. Today, I am letting go of the guilt and focusing on the fact he is now free from the burdens he carried with him and I am sure he is running happy and free with my other boy Mobie…. Thank you so much for this site. You and I are in the same exact boat.

Your story mimics mine almost exactly. 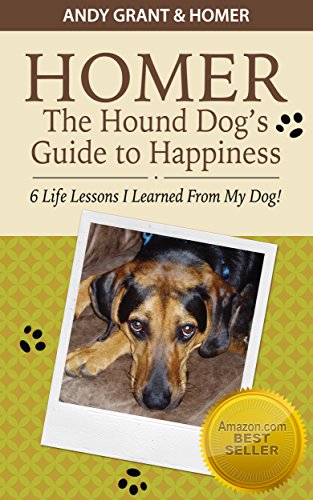 We put down our beautiful St. Bernard on Monday. He was a wonderful family dog, only 4 years old. But his aggression had gotten to the point where I was afraid he would bite one of my children, as he bit me last week.

What Is The History Of Dogfighting? - BarkPost

He has probably bitten times, mostly nips but occasionally harder than that. But the truth is that he was ruining our lives. Our kids could not have friends over, in fact no one came over anymore. He was sweet with my kids but we could not control him and it was just a matter of time before he seriously hurt someone. The last straw, other than biting me, was when he attacked a neighbor while her little kids watched.